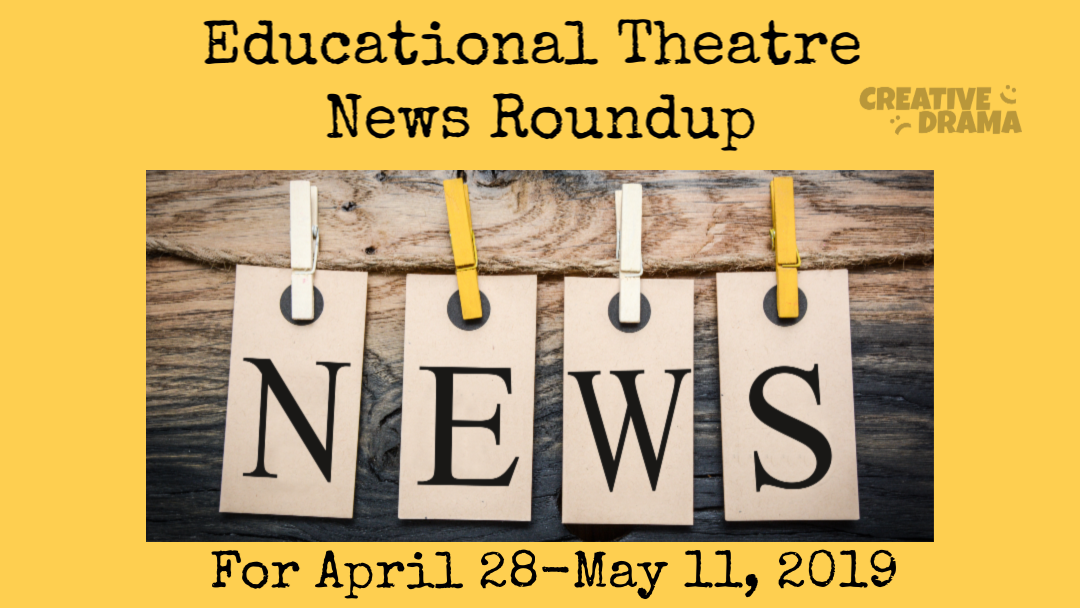 Here are a few Educational Theatre items that appeared in my Google Alerts or Twitter Feed in the past two weeks.
I’m two days later than I planned in posting, but it WAS a show weekend!

Teacher-Directors interested in gender issues in the musical theatre canon might be interested in this piece from the New York Times’ critic-at-large, Amanda Hess: “The Broadway Musical Has a Man Problem.”

From the “Athletes-can-and-should-do-theatre” Department:  “Do You Hear the Safety Sing?” I wish this wasn’t such a “click-worthy” article, as the reporter readily admits that other football players have had leading roles in musicals at Toledo’s Central Catholic High School just in the last four years!

In Pennsylvania’s Lehigh Valley, The Freddy Awards announced their nominations, and the 30 participating schools now wait with bated breath for the televised (and live-streamed!) awards ceremony on May 23.  Extra applause to schools who chose to produce unusual pieces never-before seen in Freddy Awards competition:

Also in Pennsylvania, the Harrisburg-area Apollo Awards (nominations linked in the last Roundup) disappointed a high school’s production of Hair with only a few nominations. Now students at the Capitol Area School for the Arts are questioning whether it was because adjudicators thought the show “inappropriate.”

Williamsport’s Community Theatre League announced their nominees for the Ray of Light Awards.

Competitions for the national-level Jimmy Awards (for triple-threat performers) continue in Oklahoma,

You’ve probably seen senior athletes on local news outlets, signing their scholarship agreements. Well, there is a radio station in Missouri that is featuring seniors signing with colleges to be part of their arts programs! Here are two examples:

North Bergen High School’s production of Alien had Sigourney Weaver in the audience…and they’ve gotten a lot of press for their rendition of the film hybridized with actual footage from the original. I asked in my last roundup how North Bergen managed to get the adaptation rights for it; Howard Sherman of the Arts Integrity Initiative was also curious, went to see the show, and wrote a piece for Stage Directions: “The Pros, The Cons, and The Promise of Alien the Play.”

I knew there was a dramatic adaptation of Lois Lowry’s The Giver; Frankfort High School in Kentucky has a production of Gathering Blue, the second book in Lowry’s quartet.  The piece had its premiere at the Oregon Children’s Theatre in 2013. I wonder if versions of Messenger and Son are coming soon?

In Massachusetts, The Martha’s Vineyard Public Charter School presented The Hobbit with elementary and middle school students.  I wasn’t able to find out whose dramatic adaptation it was (there are at least five, at least two of which are musicals). But check out the great beards on those kids!

Wakeland High School gave a sensory-friendly performance of Schoolhouse Rock LIVE! for students with ASD and other special needs. I want to note that even though the headline says the high school students “adapt plays for special needs,” it was the performance CONDITIONS that they adapted, with partial lighting in the house, reduced amplification, and a break room for audience members. The production itself appears to have been presented as required by the performance contract.

In D.C., the Hub’s latest offering isn’t a school production, but The Burn by Philip Dawkins looks like it would make an excellent piece for secondary schools. With a connection to Arthur Miller’s Crucible, a staple of high school Literature courses, and four strong parts for young women, it could be just what a teacher-director is looking for.

American Theatre published an investigation into a preparatory program for college auditions called College Break Thru. It’s a word of warning to both students and instructors.

The International Thespian Festival is opening their week-long celebration of high school theatre with a revue featuring performers from twelve different high schools. The ubiquitous-at-State-Thespian-Festivals “Seasons of Love” from RENT will of course appear. Thespian alum Andrew Lippa (composer of the aforementioned A Little Princess ) is composing a closing number for the show. 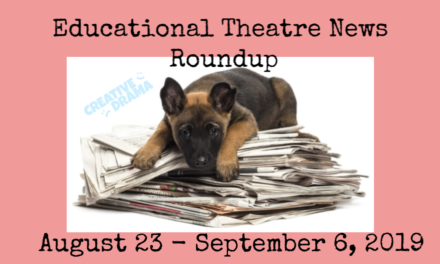 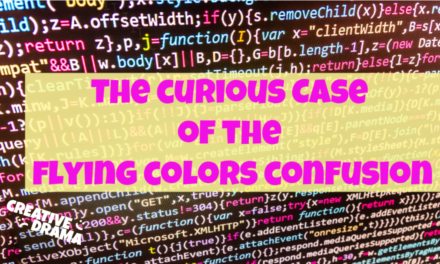 The Curious Case of the Flying Colors Confusion