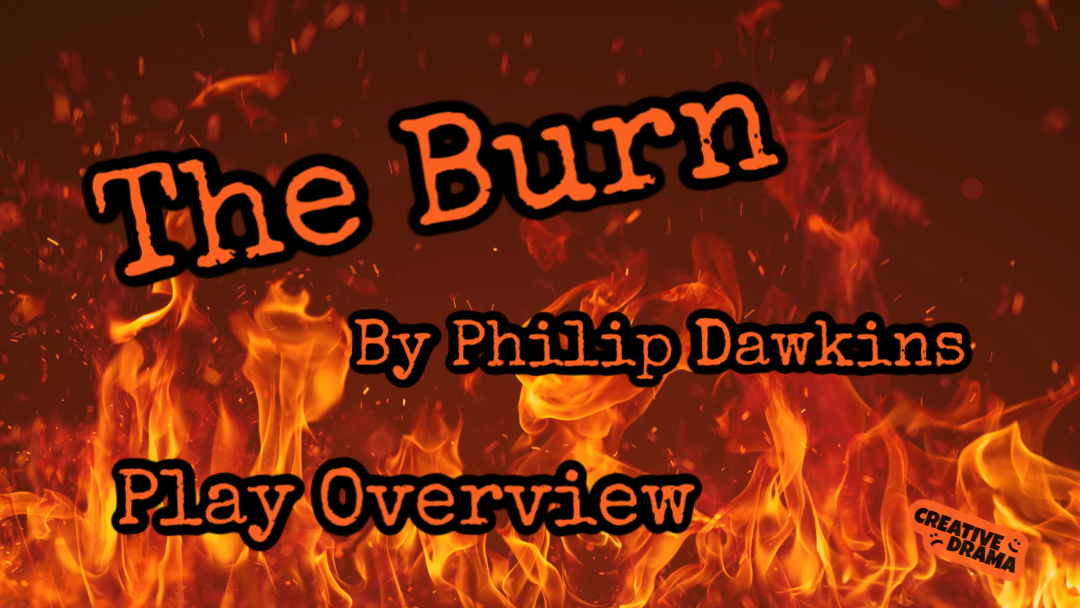 The Burn by Philip Dawkins is an intense, saturated and innovative piece. Like School Girls, or; the African Mean Girls Play by Jocelyn Bioh, The Burn addresses the special sort of bullying high school girls can inflict on each other. Although they have different location and time period settings, there are plenty of other similarities between the pieces. Both proceed with breakneck speed (though The Burn is faster). Both look at the complicated relationship between teachers and students. Finally, both plays share a similar post-modern tragic outlook.

SUMMARY: During a high school production of The Crucible, mean girls drive their victim to desperate measures.

STAGING CHALLENGES: Casting may be tricky; all characters are onstage nearly all of the time; SEE the “SUMMARY” and “CONSIDERATIONS” sections below.

Philip Dawkins was working as a teaching artist in a Chicago high school when a real-life situation inspired him to write The Burn. Steppenwolf Theater in Chicago premiered The Burn in 2018 as part of their “Steppenwolf for Young Adults” series. The season theme for the 2017-2018 series was “When does a lie become the truth?” and included Arthur Miller’s The Crucible. In addition, Steppenwolf produced a study guide for the play that will be of use to directors considering the piece; it’s styled as social media in several sections. The guide includes an interview with Philip Dawkins, background on and parallels to The Crucible, reading recommendations, real-life connections to The Burn, and class activities for pre- or post-show lessons (with Common Core State Standards indicated!).

My first reaction to reading the basics of The Burn was that it seemed great for a small, diverse high school. The “Notes on Text” specify that the play is to be done “with as few props and set pieces as possible.” Five cast members means a teacher-director can spend valuable time working with each actor on her character. However, as it often turns out with initial impressions of plays, it’s more complicated than it seems.

The Burn is a great play, and many aspects contribute to its producibility:

But there are several challenges for high school production:

MERCEDES is a new student at a Chicago high school where TARA, ANDI, and SHAUNA make up a mean girl triumvirate. TARA is the “queen bee” of the three, with ANDI as her right-hand minion and SHAUNA playing the Veronica Sawyer to their Heathers. In contrast, MERCEDES is devoutly religious, an evangelist bordering on zealotry, and her parents don’t allow her internet access outside of school. This makes her a magnet for derision, social rejection and cyberbullying, which she isn’t even aware of since she’s not on social media.

The four have an English class with ERIK (“Mr. Krawczeck”), in which they are studying Arthur Miller’s The Crucible. But the play’s not just in the curriculum; it’s that semester’s theatre production. ERIK gets MERCEDES to audition for the play, even though she’s dubious after seeing last semester’s Glass Menagerie: “You made the students in the play take the Lord’s name in vain. A lot.” The “burn” hashtag that TARA, ANDI, and SHAUNA begin using for MERCEDES is #GodHatesMercy.

ERIK casts MERCEDES as Abigail, and SHAUNA as Mary Warren. The two begin to become friendly, if not quite friends. But turnout at the auditions wasn’t great, and when ERIK catches ANDI and TARA plagiarizing their English essays, he gives them the choice of being in the cast of The Crucible, or getting the violation put on their records. This puts them in more frequent contact with MERCEDES, which leads to more bullying.

ERIK attempts to intervene, which makes TARA even more determined to take MERCEDES down. Meanwhile, SHAUNA begins to appreciate MERCEDES, showing her how to get on Instagram and suggesting that MERCEDES doesn’t have to be herself ALL THE TIME.  After TARA realizes that ANDI might be interested in her romantically, and SHAUNA is starting to defend MERCEDES, she begins to reject both of them.  When ANDI grafittis the #GodHatesMercy hashtag in ERIK’s classroom, and MERCEDES sees it, the fallout leads to another, more serious “burn.” 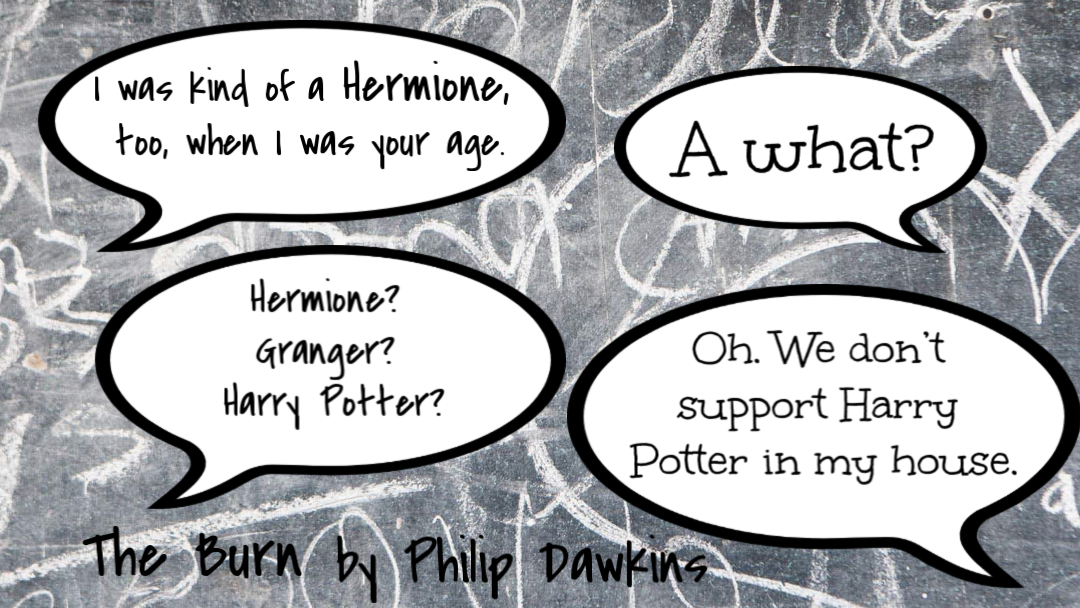 My recounting of the plot above only hints at the action and dialogue onstage, both of which are incredibly complicated. Multiple conversations occur simultaneously, sometimes with characters participating in text messaging, social media posts, and IRL exchanges with several characters.

The “Staging Notes” are pretty strict; Dawkins states there should be no blackouts and no unnecessary props or set pieces. He asks for intentionally blurred lines between digital spaces and “IRL.” One of the ways to create the blurring is by creating an “original movement/visual vocabulary” for texting and computer usage.

Dawkins does say: “But, you know, HAVE FUN” at the end of his “Staging Notes.” I feel like it’s “have fun” in a” write-a-Petrarchan-sonnet” kind of way – once you get all the rules down and start writing, you’re able to be more flexible.

The overlapping dialogue requires a lot of annotation – there are slash marks in the lines, and then parts that say “After <THIS WORD>” then delivering the line: 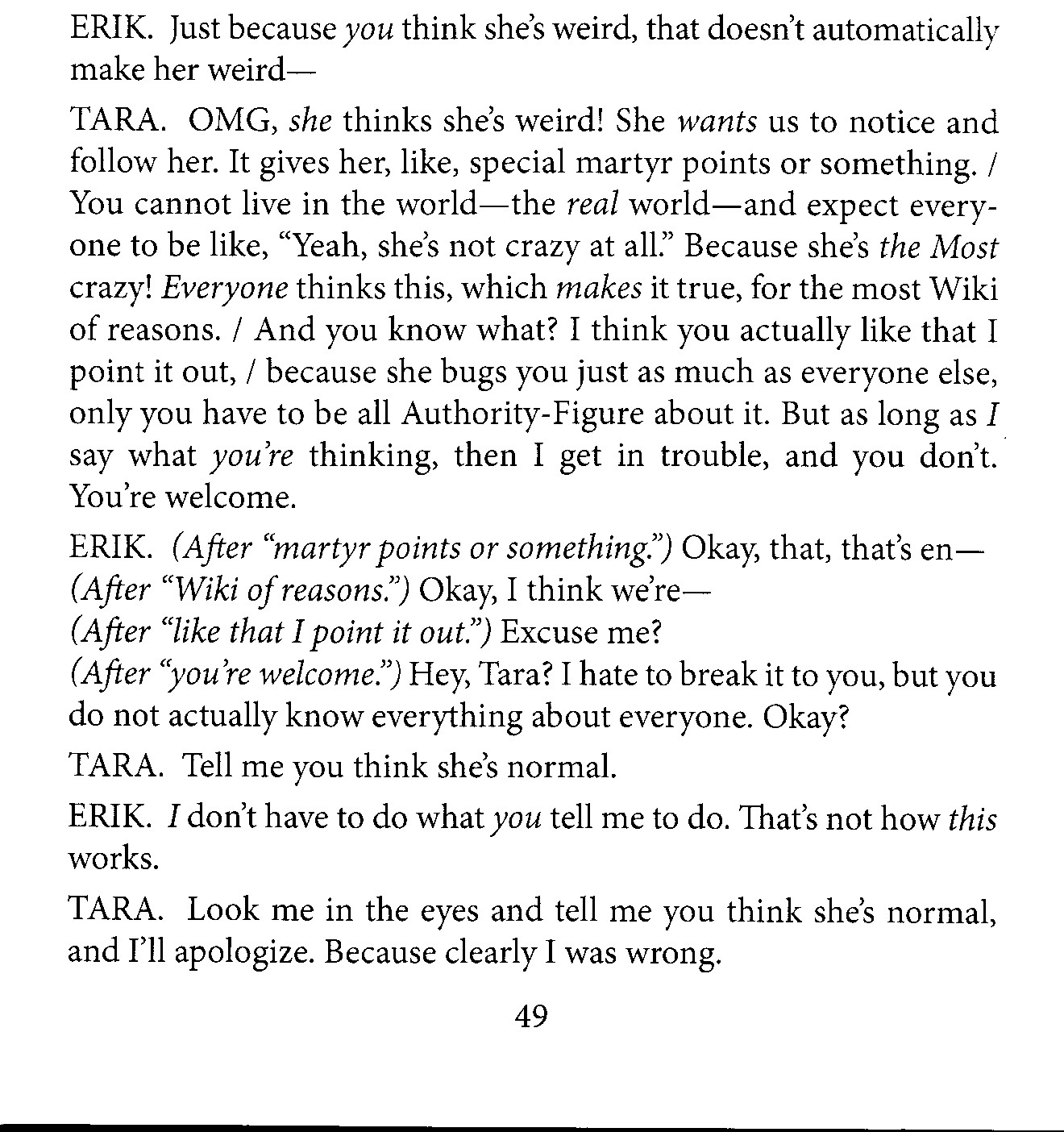 There are TWENTY-SEVEN “very quick shifts in time and space” in the 75-page play, which provides opportunities for bold staging choices.

I’ve assembled some questions and thoughts I have on the play. Given the complex craftmanship that Dawkins applied throughout The Burn, I think that things I’m seeing as confusing/problematic sections are there purposefully. Questions like these are the kinds of things that make for enjoyable exploration in rehearsals!

Philip Dawkins wrote The Burn for an audience of young adults; when the piece premiered, the performance featured professional actors.

I’ve been using the “Considerations” section in my Play Overviews to help teacher-directors decide if they’d like to get a hold of a perusal copy of a piece or purchase a script for their classroom/department library. For many educators, administrators, and parents, there are distinctions among what’s acceptable for minors to view/hear, to read, or to perform.

With The Burn, I’d advise teacher-directors to choose it because they know it’s boundary-pushing and their students, program, and community can handle it.

Philip Dawkins is a Chicago-based playwright and teacher. He has written over 15 plays and musicals, and won several Jeff Awards (Chicago area theatre honor). He performed his autobiographical play The Happiest Place on Earth as a one-man show.

Dawkins has taught playwriting at Loyola, DePaul, and Northwestern Universities, as well as the Playwrights’ Center in Minneapolis.

Dawkins has a B.A. in Playwriting from Loyola University Chicago and has had residencies at the William Inge Center for the Arts, the Goodman Theatre’s Playwrights’ Unit, and the MacDowell Colony.

Here’s a list of Dawkins’ plays. He has plays available through Dramatists Play Service and Playscripts.com.

Philip Dawkins is NOT on Twitter. He is on Facebook, though he “only checks it on Fridays.”

Steppenwolf’s production page for The Burn includes a video teaser and photos.

The hub theatre in Washington, D.C. produced The Burn in the Spring of 2019.

The Arizona premiere of The Burn starts November 11, 2019 at BLK BOX PHX. BLK BOX PHX has a study guide for the play.

Here’s a TheatreMania interview with Philip Dawkins. He discusses The Burn and other works.

Loyola University has an alumni profile piece on Dawkins.

Here’s a production of The Crucible at Bedlam Theatre in Cambridge, Massachusetts  that’s not set in 17th-century Salem. 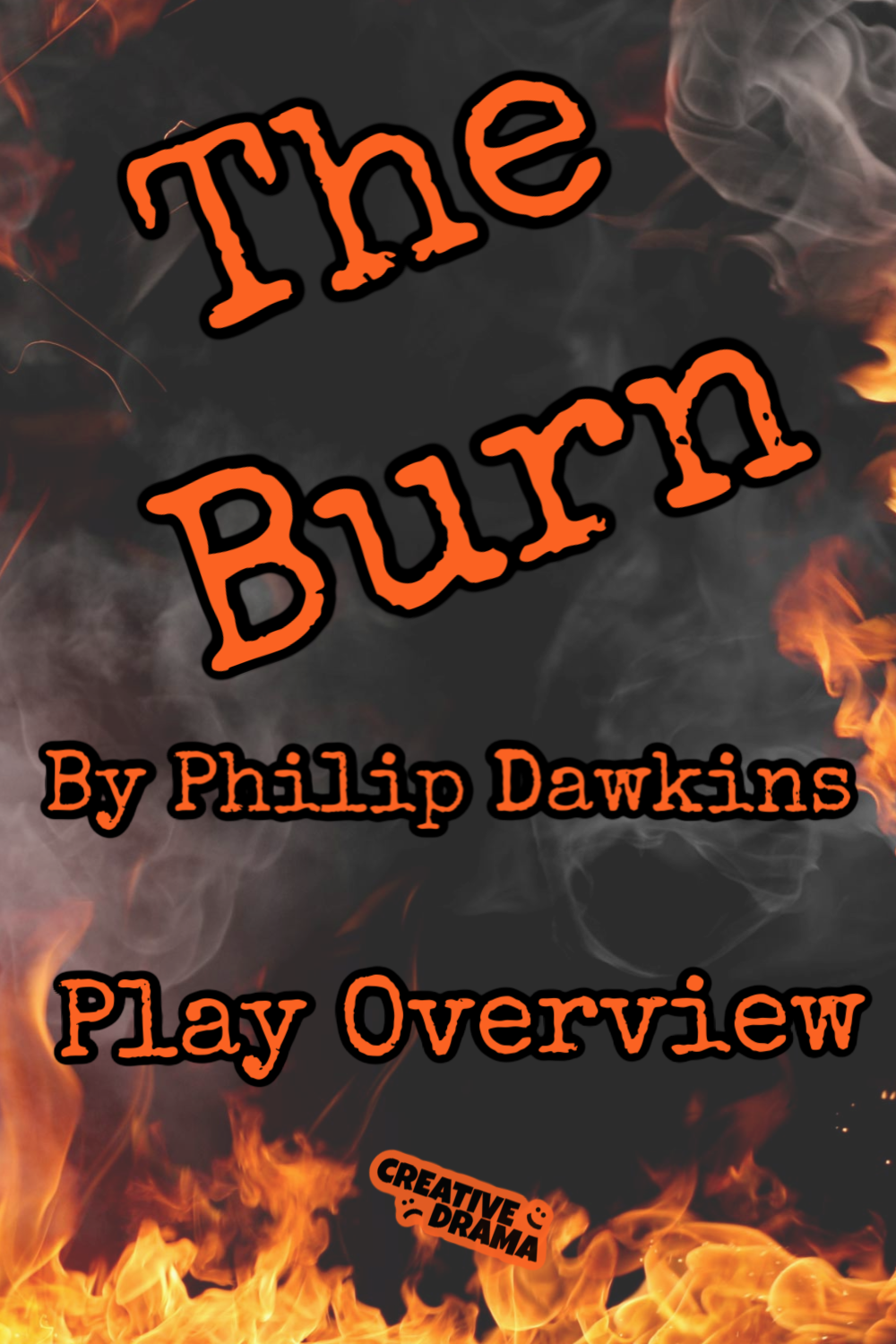