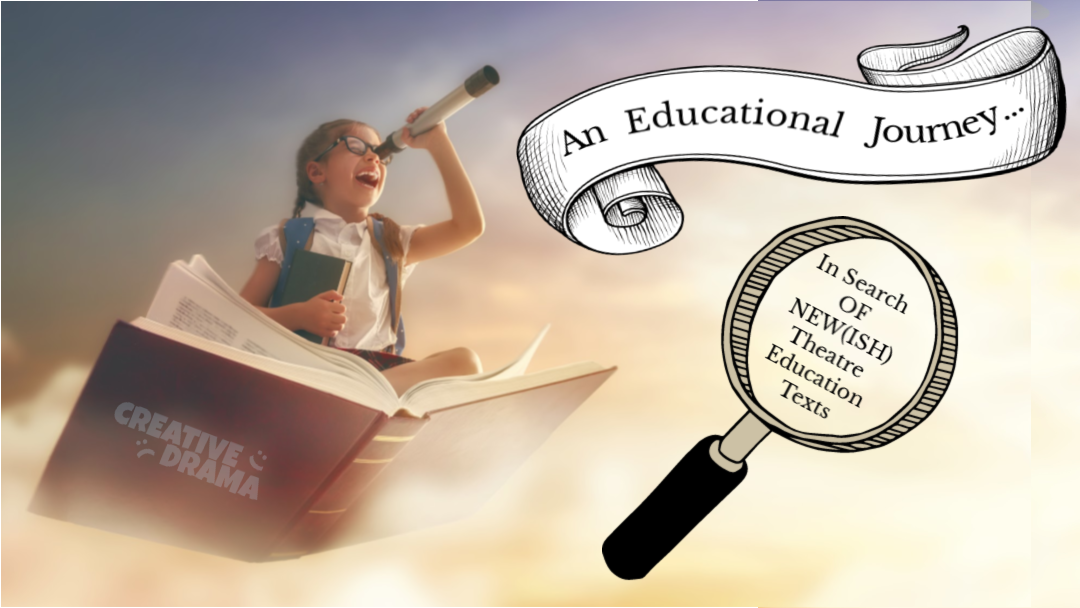 I’m embarking on an Independent Study this semester in partial fulfillment of the requirements for my Certificate in Creative Teaching Through Drama program at Catholic University’s Rome School of Music, Drama and Art.

It’s an online program, so I’ve been attending classes through my computer, and I submit my assignments digitally – live during class time for presentations, or in document form for written work. So it made sense for me to use CreativeDrama.com to publish my Independent Study work. I’m going to use this page to catalog the blog posts. I plan on incorporating “best practices” in blogging for publication of these posts, including SEO (search engine optimization), text length, internal and external linking, content headers, readability, and social media integration. I’ll create title images as well as social media images for each post (at least one, maybe more if I find the time).

The working title for my Independent Study is “Very Recent Reads in Theatre Education”. (Catchy enough?)  I’m going to be reading books, plays, and journal articles published in the last five years, monitoring current events, and relating my readings to teaching and creating theatre in schools and extra-curricular contexts.

My goal is to gain a greater understanding of:

Here are the components of my independent study course:

In choosing the 6 books for my course, I’ve tried to find a good variety of subject matter and purposes. I was looking to read about topics that were new to me, but I also wanted to make sure I was including recent writing on more familiar topics.

I read the samples available on Amazon’s Kindle platform and/or the “Look Inside” feature online. I also looked in the Bibliography/References/Works Cited/Works Consulted sections when I could; seeing what familiar titles are in those sections helped me decide.

Here are the six books I’m reading this semester, and why I chose them.

In the Preface of Digital Storytelling, Applied Theatre, & Youth, Alrutz reveals a fascinating personal reason for her artistic endeavors and connection to applied theatre.  In the first chapter, she convinced me that digital storytelling could be a dramatic venue for people who may not have access to a more traditional performing option by comparing it to the conventions and purposes of applied theatre.

I studied various practices of Drama in Education in my most recent course for the Certificate in Creative Teaching Through Drama program; Dawson and Lee’s book explains “the full scope of why, what, and how drama can be used for learning.” They captured my attention with an anecdotal example based on Robert Munch’s The Paper Bag Princess.

This collection of essays and reports from the Arts Education Partnership members focuses on the professional development and teacher education of both arts specialists and “regular” classroom teachers in Arts Integration. The pieces cover a wide range of educational situations, U.S. locations, and student abilities. Even though this text ends at 196 pages, the print is small and the text is dense.

Edmiston’s book examines the pedagogical and philosophical bases for “Dramatic Approaches to Learning.” The Preface demonstrates Edmiston’s clear and direct writing style, and he states how he’s designed the book to reflect the various ways in which readers learn.

I couldn’t forget about technical theatre! This an updated second edition of a book originally published in 2003, but John Kaluta’s engaging prose and expertise in the sample pages sold me on reading his book.

Theatre games and exercises is one of the areas I’ve kept fairly current in my reading. I’ve read dozens of theatre games books, but like many theatre educators, I’m always looking for more activities. The way that Trefor-Jones has organized his collection of games is intriguing, and the game titles make me think this will be an interesting read. 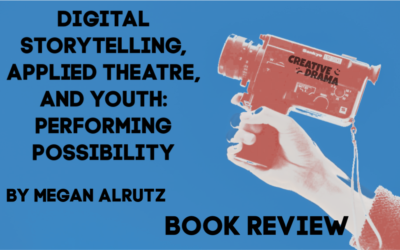 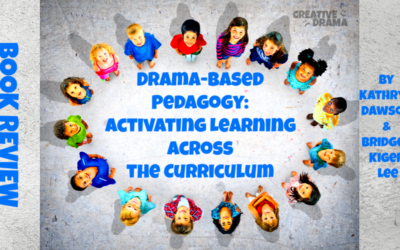 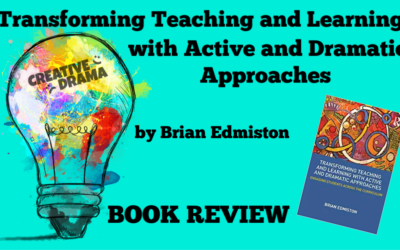 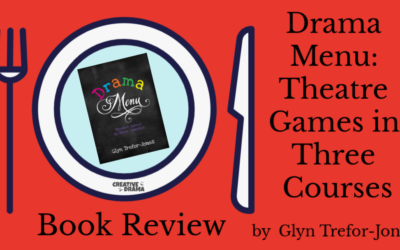 Drama Menu: Theatre Games in Three Courses by Glyn Trefor-Jones is an extensive collection of theatre games arranged in easy-to-understand groupings for beginning and experienced teacher-directors.

The Perfect Stage Crew The Complete Technical Guide for High School, College, and Community Theater by John Kaluta is an easy-to-read guide to supervising the sets, lights, sound, and props for a high school theatre department. 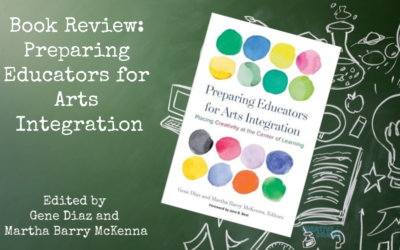 INTRODUCTION Preparing Educators for Arts Integration: Placing Creativity at the Center of...

Theatre teacher-directors are often on the lookout for new (and new-to-them) plays, and the Educational Theatre Association‘s list of Most Popular High School Plays and Musicals seems to have a nearly-new title on it every year.  I’m looking to see if I can find some future classics of high school theatre – a possible “new” You Can’t Take It With You – and help a teacher-director find something fresh for students.

My criteria for play selection:

–  but as you will see below, I was unable to resist the lure of the Marvel Universe!

I’ll be examining the plot, dialogue, casting possibilities, technical requirements and performance challenges for each play. I’m going to provide an objective overview of each piece that might help a teacher-director decide whether the play will work for a classroom or program.

Here are the ten plays I’m reading this semester with some brief explanations. I’ll write overviews for at least eight of them.

N.B. I wasn’t specifically looking for pieces that had the potential for Arts Integration, but after looking over my list, I see that my personal penchant for metafiction led me to several pieces that have connections to other curricula.

Begets: Fall of a High School Ronin by Qui Nguyen

Qui Nguyen wrote She Kills Monsters, which debuted at #7 on ETA’s 2019 list of Full-Length Plays

Gregg’s This is a Test is a periennial favorite (#4 on ETA’s 2019 list of Short Plays), and he has a large catalog of successful pieces for the educational theatre market.

This is the only musical on my list; I’ve included it because of cross-curricular and Arts Integration possibilibites.

The Marvel Universe, likely seeing the success Disney Theatricals has had with the educational theatre market, has hired award-winning playwrights (as well as a successful Broadway actor, Christian Borle) to write plays for their Marvel Spotlight series. I picked the above two because I’m unfamiliar with the characters; the third play in the series features Thor and Loki.

The Burn by Philip Dawkins

Arthur Miller’s The Crucible is a canon mainstay in American Literature classes; The Burn may have potential for inclusion in courses that feature the work.

School Girls; or, The African Mean Girls Play by Jocelyn Bioh
School Girls and The Burn are smaller cast sizes than I was looking for, but their setting, female-
fronted casts, and subject matter seem perfect for high schools.

This is a reimagining of Shakespeare’s Richard III set in a high school, so there is a cross-curricular potential with English Literature classes. (I am interested to see how/if the playwright suggests getting administration to agree to a production with that title!)

Lafayette No. 1 by Mandy Conner

This is a collection of nine ten-minute plays set in various time periods with interludes between the pieces. Being able to produce an evening of theatre by rehearsing many shorter pieces is advantageous when a teacher-director has scheduling challenges; cast members don’t have to be repeated among the pieces. 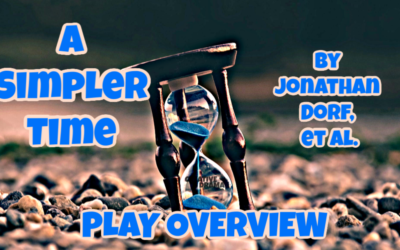 A Simpler Time is a series of comic plays interconnected by a frame story. Each of the nine plays... 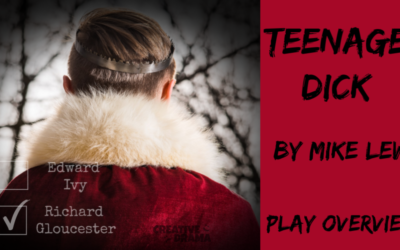 First, a word about Mike Lew's choice of title: I don’t know that many teacher-directors, or any... 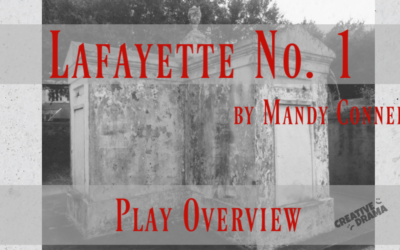 Lafayette No. 1 is a speculative history telling of Julien Poydras’ inspiration to found the... 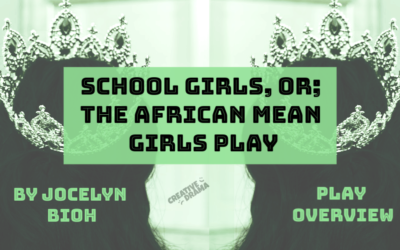 Jocelyn Bioh’s School Girls, or; the African Mean Girls Play  is fun, funny, and fast-paced as it... 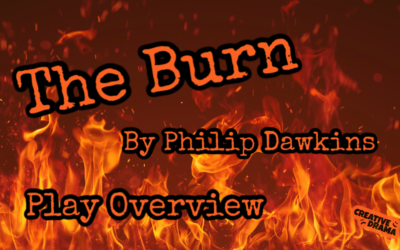 The Burn by Philip Dawkins is an intense, saturated and innovative piece. Like School Girls, or;...

With Mirror of Most Value: A Ms. Marvel Play, Masi Asare provides an opportunity for a large,... 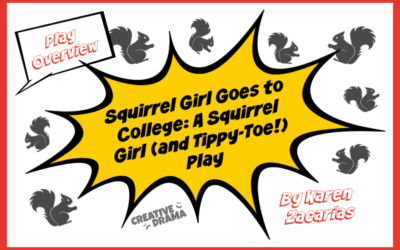 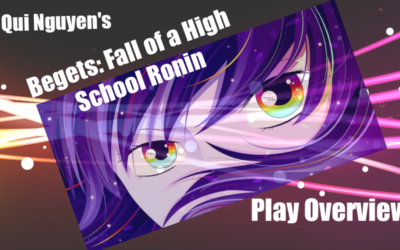 I’m going to write reflections on 8 different articles from academic journals. I’ll be selecting ones written in the past two years that connect to the books or plays I’m reading for the course.

Journals I’m using as resources include:

I’ll be using this page as a repository for my work in addition to publishing my reviews, overviews, reflections, and roundups as blog posts; check back regularly for updates! 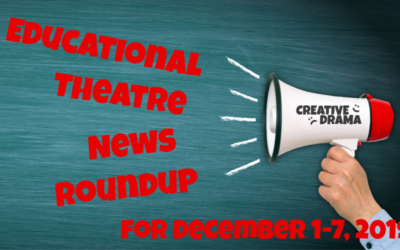 The Educational Theatre News Roundup for December 1-7, 2019 is a busy one!Censorship!A... 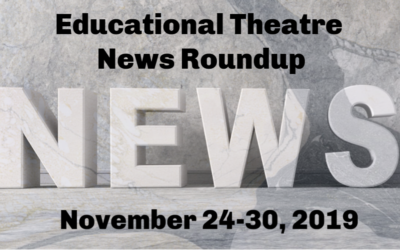 This week was a little light on news due to Thanksgiving celebrations in the United States, but... 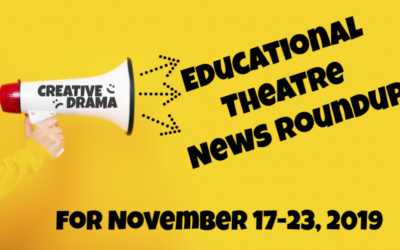 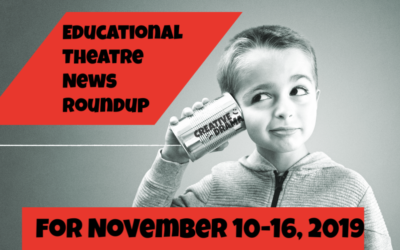 PRODUCTIONS I didn’t know that Puffs, Or: Seven Increasingly Eventful Years at a Certain School of... 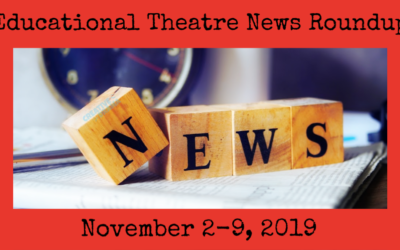 AN EDUCATION IN EDUCATIONAL THEATRE American Theatre has a “This Month in Theatre History”... 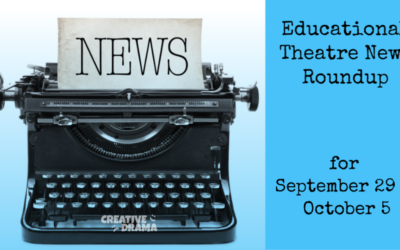 THE EDUCATIONAL THEATRE ASSOCIATION & THE INTERNATIONAL THESPIAN SOCIETY  The Educational... 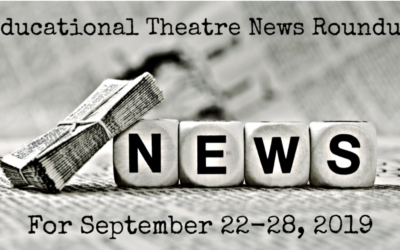 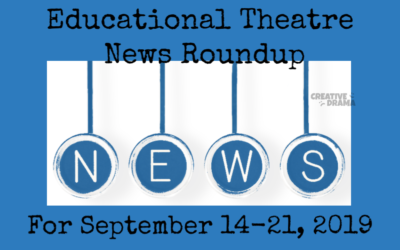 INTRODUCTION September 15-21 has been a quiet week in Theatre Education News. Next week, I'm... 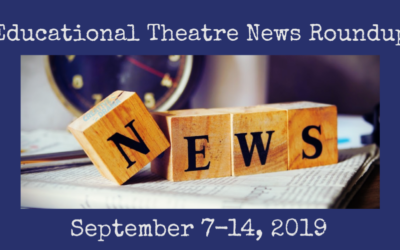 I had to put a few tweaks into my Google Alerts last week before publishing my latest Educational... 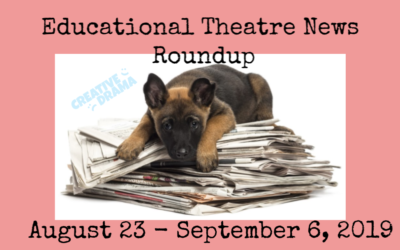 Here are a few Educational Theatre items that appeared in my Google Alerts or Twitter Feed in the...