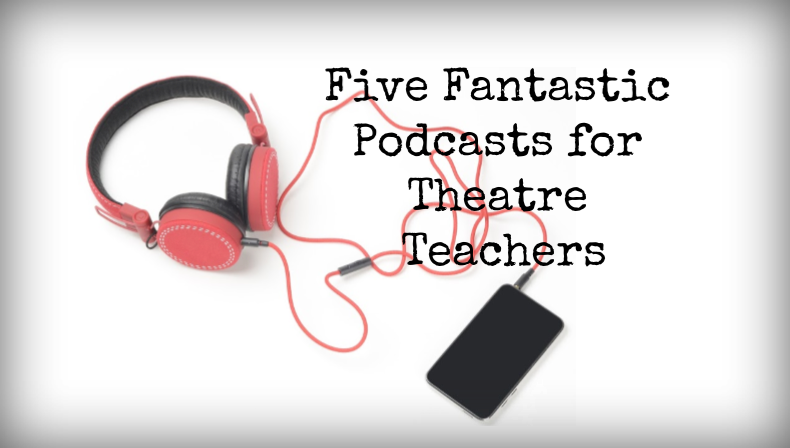 In the last few years, I’ve listened to hundreds of hours of podcasts. What I love about the medium is being able to listen and learn while I’m doing other things: traveling, exercising, cooking, doing chores, or even writing material for my website! I’ve discovered lots of great podcasts that theatre teachers will find enjoyable and educational.  I’m featuring ones that aren’t specifically “for theatre teachers,” but many of these podcasts overlap into educational drama. Before playing any for your classes, preview them for content.

The following five podcasts are all favorites of mine; they will keep you busy for hours, or at least until I post some more suggestions!

Offscript is a podcast featuring theatre professionals talking about a wide range of topics related to…professional theatre. There is a New York emphasis, although guests come from theatres around the United States and the hosts (staff members of American Theatre magazine) travel to various American theatre festivals. Some of the episodes are interviews with individual artists, while others are in the format of panel or roundtable discussions. All of the theatre people I’ve had the pleasure of hearing on the podcast are very serious about the art of theatre, and they’re very serious in talking about their work. In addition, the editors make recommendations for shows to see, articles to check out, and books to read. The podcast delves deeply into topics, and presumes a lot of knowledge on the part of listeners, so episodes might be a challenging listen for your beginning theatre students.

Bullish on Theatre with NEA’s Greg Reiner (October 6, 2016)
In addition to an interview with the director of theatre and musical theatre programs at the National Endowment for the Arts, this episode features a panel of editors discussing the (2016) list of most-produced plays and musicals Dramatics Magazine. It’s interesting to hear the panel’s reactions to the lists; they are puzzled by Rabbit Hole’s tie with The Crucible; not surprised by the presence of Disney properties on the musicals list; and slightly envious of the ability of high schools to produce large-cast shows.

Harry Potter and the Fighting Kilroys (August 18, 2016)
The editors discuss the script of Harry Potter and the Cursed Child (since they couldn’t get the funding to travel to London for the stage premiere). Then there’s an interview with Joy Meads, a founding member of The Kilroys, an LA theatre artists’ junto.

Offscript also has three related podcast series you may enjoy:
Three on the Aisle – a set of critics: Peter Marks, Terry Teachout, and Elisabeth Vincentelli,  discuss current productions and topical issues like Broadway ticket prices and sexual harassment in the theatre world.   They are a little more humorous than most of Offscript‘s topics.

Behind the Curtain: Broadway’s Living Legends 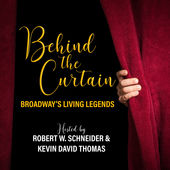 Robert W. Schneider and Kevin David Thomas, the delightful hosts of Behind the Curtain, have an unabashed mania for the American Musical Theatre canon. Their interactions with each other and their guests make listening to the podcast a twice-weekly pleasure. Kevin and Rob’s knowledge of Broadway is so expansive and deep, you’ll want to have pen and paper at hand to jot down their references and recommendations.

Their “Our Favorite Things” series, now with over 100 episodes, is my favorite thing about the podcast. It’s a treasure trove for someone like me whose musical theatre tastes are a little outside of the mainstream. Rob and Kevin each bring a “favorite thing” to every episode, and try get the other to guess what it is. The “Favorite Thing” might be a show that never made it to Broadway, a book, a lost cast recording, a TV special, or even a website.  I’m always amazed by the weird and obscure titles that pop up; past examples include the musicals A Tree Grows in Brooklyn, Bring Back Birdie, and Minnie’s Boys.

Favorite Episodes:
Our Favorite Things #7: The Life (Concept Album) & Bring Back Birdie
There’s a great analysis of the many things wrong with Bring Back Birdie (the 20-years-later sequel to Bye Bye Birdie) in this episode.

#34: 2016-2017 Season with Todd Buonopane
Todd Buonopane hosts the podcast Broadway Stories (see below). If Vaudeville was still a viable venue, the Todd, Rob, and Kevin could put an act together and take it on the road. This episode is so good, it doesn’t even matter that the season’s over.

Our Favorite Things #70: Egregiously Overlooked Tony Nominations
Tony historian Bryan Hobgood join Rob and Kevin to bemoan the Broadway artists who didn’t get a Tony nomination for the 2016-2017 season. (FULL DISCLOSURE: I’ve included this because they say that Christy Altomare’s performance as the title character in Anastasia should have been up for Best Actress in a Musical!)

#85: Michael Lavine, Sheet Music Expert & Music Director
Michael Lavine has a private library of over 400,000 musical theatre songs. In this interview, he discusses the origins of his collection and why it’s important to preserve this ephemera. 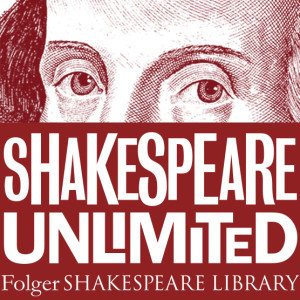 The Folger Shakespeare Library is not just a library holding the world’s largest Shakespeare Collection, or the origin of your classroom editions of the Bard’s plays, it’s also a producing theatre company. Shakespeare Unlimited features scholars from the Folger and around the world; authors of nonfiction and fiction works related to Shakespeare; theatre professionals doing Shakespeare’s plays in new and traditional ways; and even NASA scientists. The subjects covered, while all related to Shakespeare, are vast: cryptography, YA literature, Elizabethan food, archeology, medicine. Every episode is a testament to how Shakespeare’s work is still vibrant and relevant 400 years after his death.

Your students may benefit from listening to Laura Wayth explain “Auditioning for Shakespeare” (Episode 39) or enjoy the interview with Ian Doescher, who writes the series William Shakespeare’s Star Wars (Episode 37). You may find new inspirations for lessons in “Myths About Shakespeare” (Episode 23) or “Shakespeare in Science Fiction” (Episode 85). Delightfully, the Folger has transcripts for most of the podcasts available on their website – making the material even more accessible to your students.

Favorite Episodes:
Episode 8: Why Shakespeare’s Stories Still Resonate
The perennial question, “Why do we have to learn about this?” is answered regarding Shakespeare.

Episode 14: Codes and Ciphers from the Renaissance to Today
The Victoria and Albert Museum’s Bill Sherman shares the connection between a Shakespearean conspiracy theory and World War II cryptography. 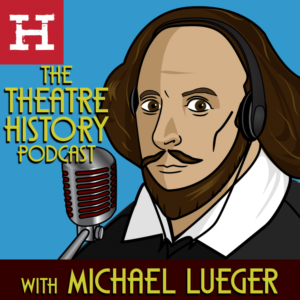 Theatre history professor Michael Lueger hosts this podcast for HowlRound, which describes itself as a “free and open platform for theatremakers worldwide” and says they “seek to democratize the arts by effectively modeling the transformative power of commons-based practice.” HowlRound’s Theatre History Podcast reflects these lofty goals, featuring artists, authors, and scholars in the theatre arts.

The podcast delivers what many theatre teachers, educated in mostly Western and recent theatrical traditions, feel that they need to learn more about: all kinds of theatre, all over the world, and in all time periods. Episodes have covered theatre traditions including Indian, medieval, vaudeville, Chicano, Yiddish, and Hellenistic.  There are also episodes on performance topics like freak shows and the Philadelphia Mummers. Every episode is a chance to learn something I didn’t know about theatre, and I’m continually fascinated by the topics featured.

The blog post for each episode provides further resources, and some of them include transcripts; I’ve linked to the posts for the list below.

#42: From West Side Story to Wicked: Dr. Stacy Wolf on Feminism and the Broadway Musical 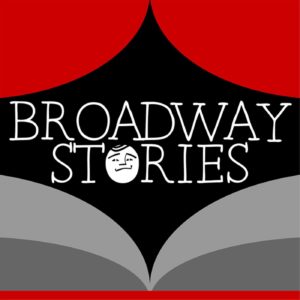 Broadway actor Todd Buonopane hosts a live show at Feinstein’s/54 Below where actors get up and tell stories of their experiences working in the professional theatre, and he shares it as a podcast with those of us unable to see it in person. Some of the stories are hilarious, others poignant and a few are scandalous. Todd often tells a few anecdotes as well, and he is incredibly entertaining (See Behind the Curtain #34).

While not all of the stories are appropriate for your high school students, they will love the ones that are (you may have to select one from the 3 in an episode). The anecdotes cover all sorts of theatre experiences – audition agonies, first night flops, and understudy antics – told by  “Broadway Fancies” (as Todd calls them). Storytellers include Tony winners Stephen Oremus (Book of Mormon, Kinky Boots) , Cady Huffman (The Producers), and Lindsay Mendez (Carousel).  Some of the featured actors have since gained notable credits, like Keala Settle (The Greatest Showman), Patti Murin (Frozen the Musical) and Gideon Glick (To Kill a Mockingbird).

There hasn’t been a new episode since March of 2017; hopefully one is in the works soon! 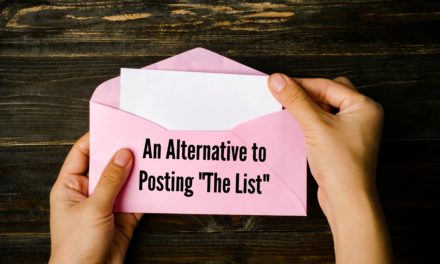 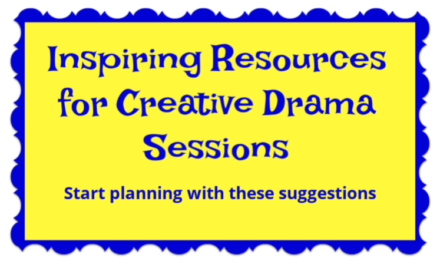 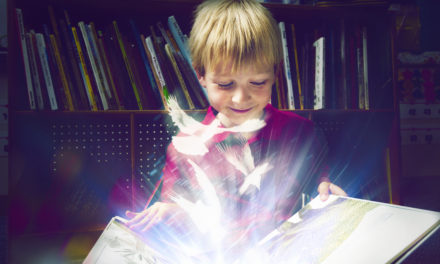