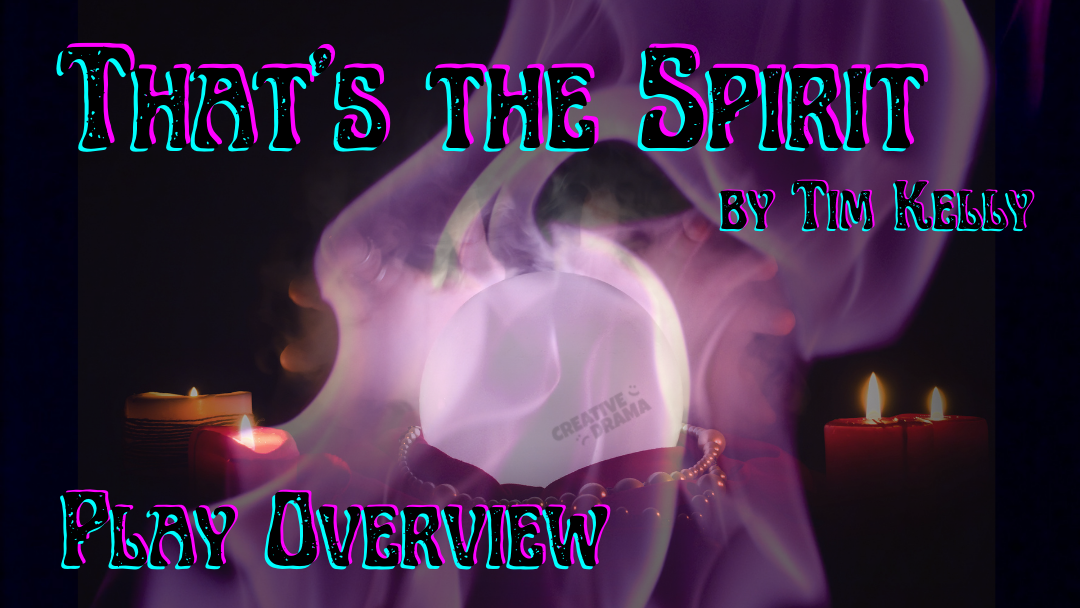 Written by a master of amateur scripts, That’s the Spirit has great roles for a wide variety of actors, with plenty of chances for your students to play against type. There’s a Hollywood heartthrob, an experienced investigator, an overly-eager and green detective, a mysterious hermit, eccentric psychics, and a sassy maid. The play requires a single set, minimal costume changes, and basic light and sound cues – but all of these can be enhanced to the level of your tech crews.

PLOT: After the murder of her Aunt Jenny, Irene inherits the home of a famous magician. A cast of eccentric characters tries to solve the murder, locate The Great Marvel’s fabled Book of Illusions, and maybe commit a few crimes themselves.

SETTING: “Contemporary,” but the play was written in 1993 and requires a rotary telephone as a plot device. The house has a feeling of “Old Hollywood.”

COSTUMES: Contemporary/1990s; opportunities to costume actors according to their eccentric characters; a wildlife officer uniform

SET REQUIREMENTS: Interior set with French doors leading “outside.” Furnishings reflect the aesthetic of the previous owner, a magician/illusionist/spiritualist  Script calls for a staircase, a fireplace.

Tim Kelly mixes the ingredients of a mysterious death, an inheritance with strings, a psychic friends network, and a Hollywood Hills setting into a delicious, spooky, kooky lampoon of the murder mystery genre. That’s the Spirit provides plenty of fun roles for your actors and interesting challenges for your production staff and crew.

That’s the Spirit would make a solid and fun production for most high school theatre programs. The cast is a manageable size, especially for those newer to directing. Teacher-directors can cast a few beginning actors as well as experienced performers. 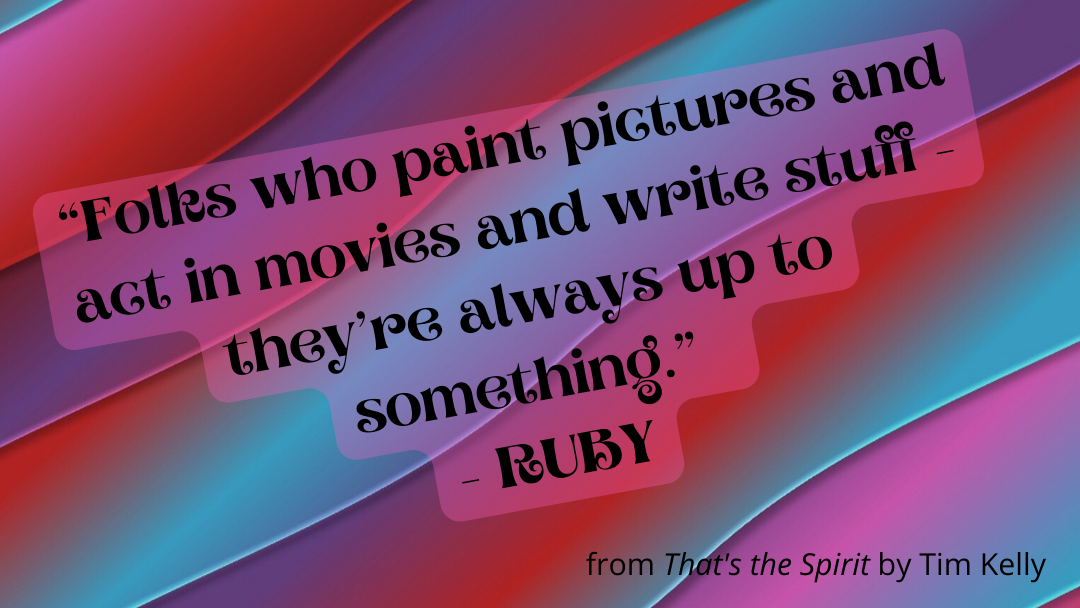 In the former home of reknowned spiritualist The Great Marvel, a limping figure in a clown mask struggles with and kills JENNY.

After the murder of her AUNT JENNY, IRENE inherits the historic estate, but she is not allowed to sell the home. While she stays at the house deciding what to do, there’s a lot to keep her busy:

CHARLOTTE and BUD have been on the case since AUNT JENNY’s murder, but they’re not any closer to discovering the culprit.  BUD’s detective skills falter because he’s a fanboy of both The Great Marvel and WAYNE. They’ve been looking to question JUAN THE HERMIT, but are having trouble locating him (because he’s a HERMIT).

CLAIRE insists that she’ll find the murderer as well as The Great Marvel’s Book of Illusions – with some help from her friends in the Psychic Revelations Society and “the other side.” But CHARLOTTE’s suspicious of her because of CLAIRE’s past psychic fails.

Other members of the Psychic Revelations Society arrive:

CLAIRE, certain that The Great Marvel will use a “spirit phone” to call and reveal the murderer as well as the location of his Book of Illusions, holds a seance to encourage contact. RUBY, WAYNE, and IRENE join the three psychics in an attempt to reach The Great Marvel. The seance ends with the sudden intrusion of a mysterious figure. 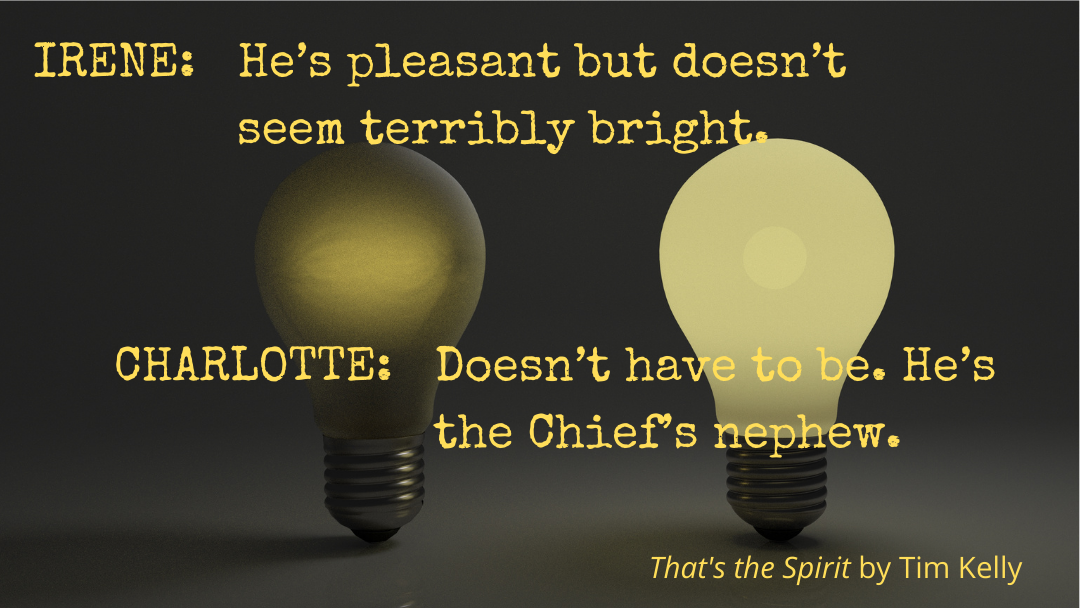 After an unsuccessful search, BUD and CHARLOTTE fail to produce a human responsible for the intrusion. CLAIRE, BELLA, and ANN insist that the figure was spiritual and not corporeal. But BUD finds a scrap of clothing that CHARLOTTE hypothesizes belongs to JUAN.

A fourth psychic,  ERNST SLATER (the “Man with the X-Ray Eyes”), arrives late. Then SCOTTY hides in a lampshade, eavesdropping on conversations that are unrelated to coyote-catching. Finally, VICTORIA GREENSTREET, antiquarian bookseller, shows up, laser-focused on The Great Marvel’s Book of Illusions.

Who’s the murderer? RUBY? CLAIRE? SCOTTY? JUAN THE HERMIT? WAYNE? One of the members of the Psychic Revelations Society?

With a second seance, will all be revealed? Or will the Sherlockian deductions of the detectives solve the crime? 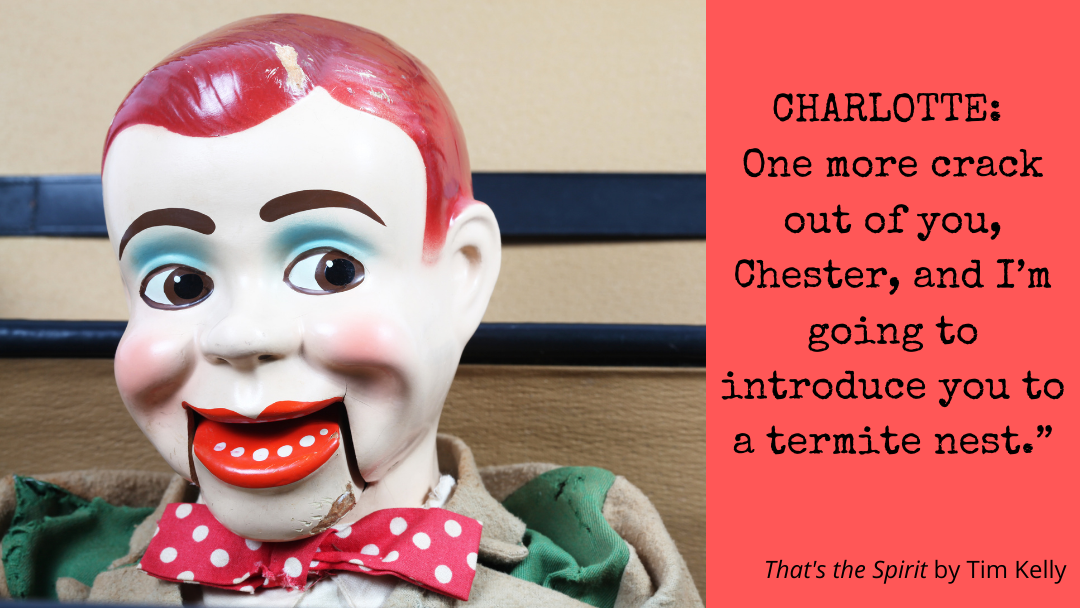 I’ve assembled a list of “Considerations” to help teacher-directors decide if they’d like to get a hold of a perusal copy, or purchase one. These are aspects of the play that, in an ideal universe, wouldn’t cause a problem for a teacher-director. But if the powers that have to approve your production will have difficulty with any of the following, or you have members of the school community who will, be prepared to defend your choice.

The following list is what I’ve noticed in the play that, based on my experience and knowledge of past challenges to educational theatre pieces, may cause an objection. If these aspects leave you undaunted, you should still read the script and decide, based on what you know about your students and your community, if it will work for you.

Tim Kelly (1931-1998) wrote over 300 dramatic pieces (plays, musicals, screenplays, and TV scripts) in a wide variety of styles. In his obituary, Playbill stated that he was “thought to be the most-published playwright in America.” All of the major theatrical publishing companies have examples of Kelly’s work; Pioneer Drama Service has the largest selection. Pioneer’s website also has an abridged transcript of a panel discussion Kelly led titled “Making a Living Writing for the Way, Way Off Broadway Stages.”

Tim Kelly, Master of Stage Fright: The Life and Times of America’s Most Prolific Playwright is a biography by Ben Ohmart.

The American Heritage Center at the University of Wyoming holds a collection of his papers and manuscripts. 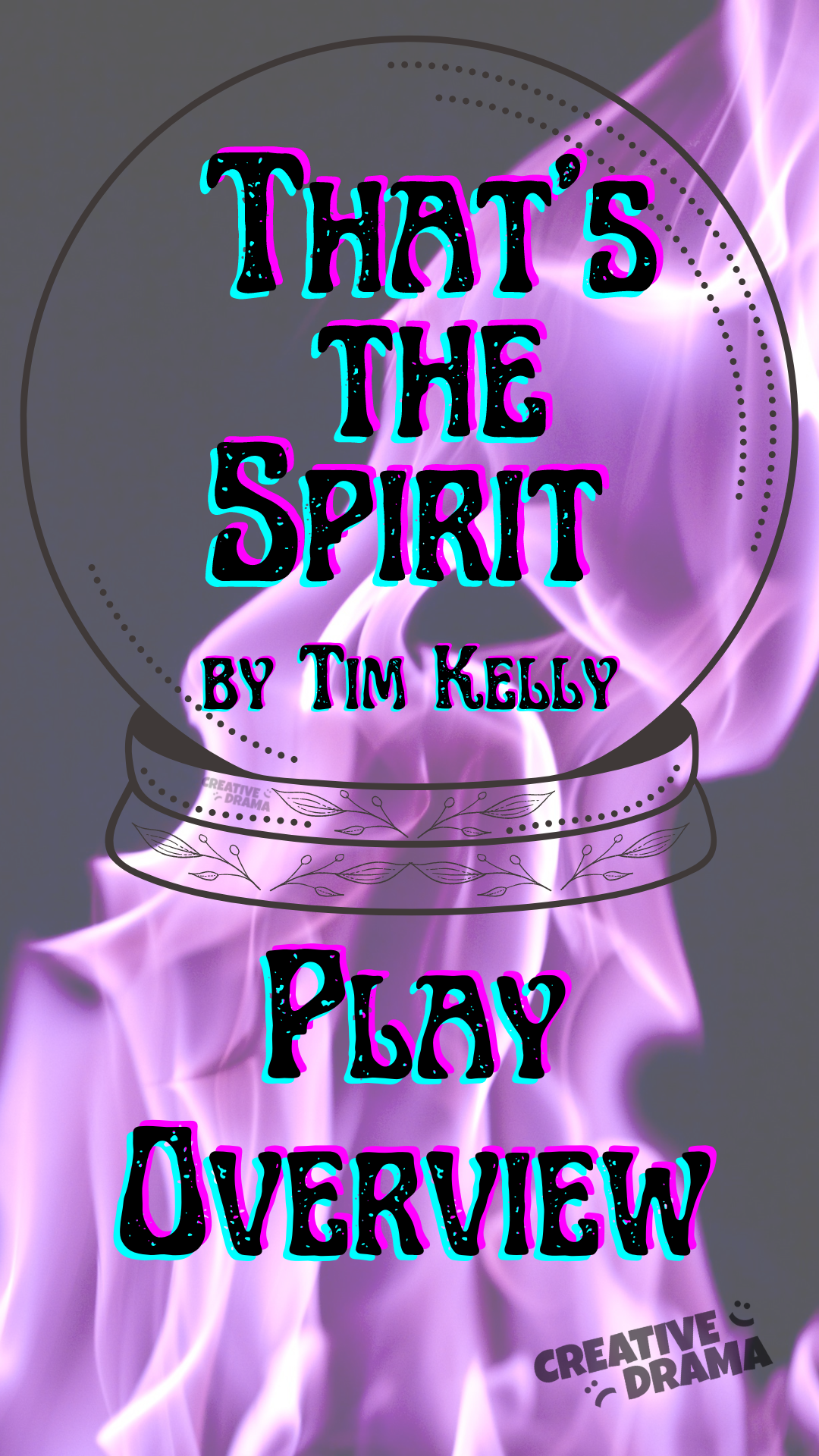 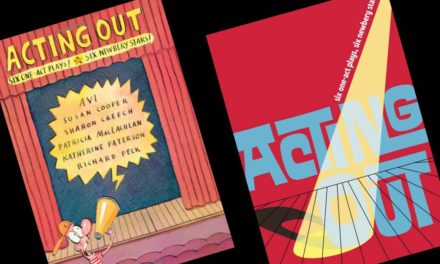